When we finally arrived at the scene with our gear (yes, this time we had to go back to our training lair only once!That`s PROGress I`d say), Reversion guys were already finishing up with their share of the stuff so it was time for us to heave our amps etc. on the stage. Everything seemed to work out fine as we settled down to wait for the audience. Due to Easter-time the show was to begin a bit earlier than normal, Reversion at 9 pm and Adamantra somewhere around 10. Not a bad thing, considering that we had to pack our bags pretty soon after the gig since there was no time to do that the next day. West Coast was waiting and we had to get to Hanko tomorrow quite early. 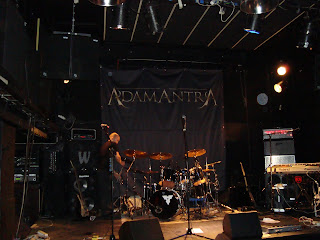 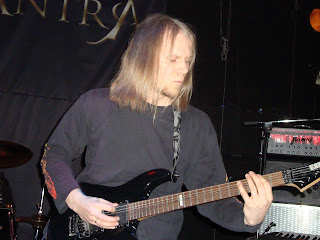 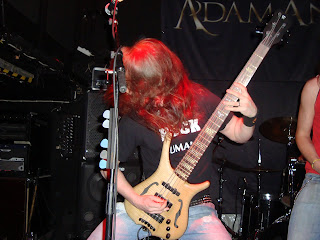 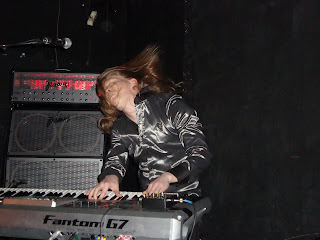 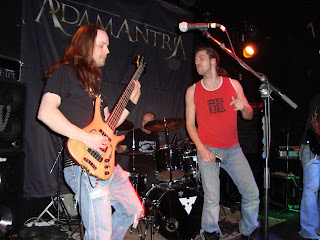 Upstairs at Tavastia, Hanoi Rocks were glam-rocking the hell out in their farewell show, maybe stealing and preventing couple metalheads from joining our audience. But hell, HR has come a long way, so we will forgive this mostrous, evil act of "make-up yet cool posing over super-quality progressive metal" (read:Reversion) :)) So, eventhough the crowds weren`t massed for us, we gave it all we had and took it as a valuable experience for the times to come. That new song from our coming 2. album will kick some serious arse and thus works perfectly as the last song! As for myself, playing mr. Paananen`s symmetrical drumset didn`t give me that much creeps anymore, since it was the third time already so I didn`t have that "survive or perish"-feeling, but was able to play with a bit more ease the trickiest parts of our songs.

To sum the whole thing, it was nice again to join forces with R-team who provived excellent musicianship, innovative drum- and guitar stuff etc. We shall meet again! It was also nice to play with Vili again (he is filling the Risto`s slot for a couple of gigs), years have gone since we two played in the same band. He is a pro at the stage and off the stage as well. I filled my samurai-horse with A-stuff and headed to charge my batteries, the other guys (except Tumppi and Vili) went to have a couple "ölberi".

With honour and stainless steel,
Mikko