It was time to hit the Porvoo again, let`s say that the last time we visited here during the Fall ”the hall wasn`t filled to the top”, so we knew that there was a chance to make that Adamantra-record of a bigger audience.. The crowds weren`t amassed this time either, there has to be something wrong with the band...No, it must be the city...:) Heard by a local guy that the weekends are actually the worst dates to play, since major part of the rocking students get the heck out of Porvoo during this time. So maybe we should aim for the weekdays form now on. But as a musician, you don`t wanna stop thinking about these things because the fun of it all makes it always worth the travel! And so it was this time again. 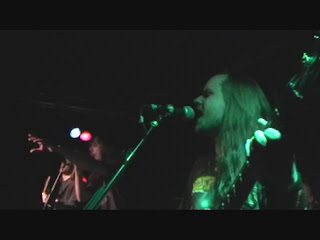 Though there wasn`t lots of people, the ones there really made it and raised the roof with all the available hands, or at least I was hearing when the bolts upstairs were giving up eh.. I like it when there`s enough time to set things up and have a decent soundcheck, but this one was rather overtimed action over there. Unknown mixing equipment with two bands to check makes a time consuming results, so Tacere was able to start their female-fronted drama-metal assault not until 11.00 pm so it meant some night time action for us Ada-boys. And I`m not talking of something romantic stuff with our girlfriends, but some hard labour after the gig since there was no accommodation reserved this time, after all Porvoo is pretty close to Helsinki so the traveling itself wouldn`t take much time. 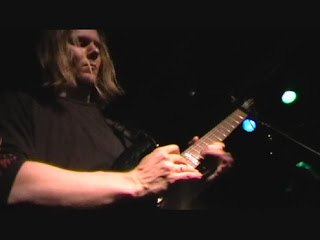 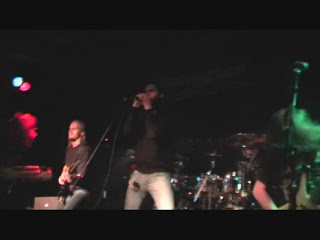 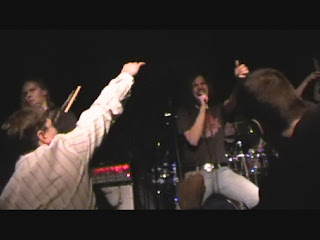 Tacere was quite potential with their new singer and keyboard player, but Adamantra played the best gig we`ve had this far, at least for myself. The recent gigs really have some effect on the playing, hope to get back on stage asap!
Not much time for drinking, or at least for me since I was doomed to be the driver this time.:(
Until next time, check out the video clip of the gig!
Mikko